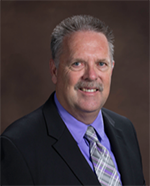 At a meeting of the Board of Trustees on Wednesday March 16, 2016, Dr. Jonathan Greenberg announced that he would be retiring as Superintendent of the Perris Union High School District (PUHSD) on August 31, 2016 where he has served as Superintendent since April 2007. Dr. Greenberg began his career in 1977 as a middle school social studies teacher. In the span of his 39 years in public education, he has served as a teacher, Assistant Principal, Principal, Director, Assistant Superintendent, Associate Superintendent, Deputy Superintendent and Superintendent. Dr. Greenberg’s most notable achievements as PUHSD’s top leader are the passage of Measure T in 2012, the district’s 1:1 Scholar+ teaching and learning initiative and the addition of a seven period day allowing students additional opportunities in the school day. When reflecting on his career, Dr. Greenberg said, “PUHSD is and will continue to be a wonderful place. We have great communities, wonderful students and parents, and a staff that puts the needs of our students first.”

In a unanimous decision by the Board of Trustees, Grant Bennett who was the Assistant Superintendent of Educational Services for PUHSD, was approved to become the new Superintendent. Mr. Bennett has spent almost his entire education career serving PUHSD. After teaching for 2 years in Orange Unified School District, Mr. Bennett became a math teacher at Perris High School in 1993. He also served as an Athletic Director and Assistant Principal before becoming Principal in 2000. As PUHSD continued to grow in student enrollment and a third high school, Heritage High School, was planned, Mr. Bennett was not only instrumental in leading the educational programming and facility design efforts, he was also the founding Principal when the school opened in 2007. In 2009 Mr. Bennett was promoted to Director of Pupil Services and later Director of Learning Support Services before becoming Assistant Superintendent of Educational Services.

Long-time Board Member and current Clerk of the PUHSD Board of Trustees, Joan Cooley commented, “Dr. Greenberg has done a phenomenal job in his leadership of the District. He is skilled at building relationships and that has positively impacted PUHSD and larger community.” She further commented that “Dr. Greenberg’s leadership has paved the way for Grant Bennett to successfully transition into his new role. Grant Bennett has the proven loyalty and expertise needed to continue carrying the district forward.”

I wish this Page would...